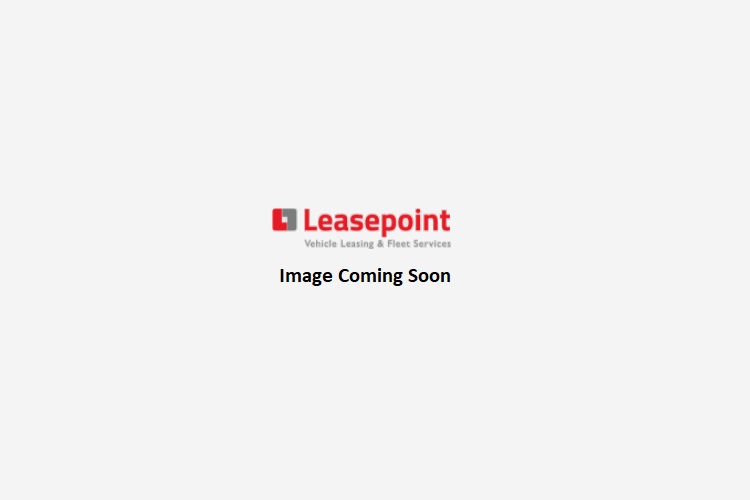 The all-electric New Fiat 500 re-invents and re-defines what this iconic model line should be. Jonathan Crouch takes a look.

At last, an all-new third generation Fiat 500. And contrary to appearances, everything is different. This is the very first all-electric car from the Fiat Chrysler Automobiles FCA conglomerate, a model to be marketed as 'New 500' and sold alongside the existing petrol hybrid model, which continues for the foreseeable future. This latest car is fractionally bigger than that old second generation model, but continues to be offered in 3-door hatch and convertible body styles. Unlike some stylised direct EV segment rivals, there's a proper driving range of nearly 200 miles with the volume 42kWh version.

A new Fiat 500 is a big deal. We had the cute original in 1957. The New Millennium model that saved Fiat as a car maker, launched in 2007. And this car, introduced in early 2020. It's only offered in full-electric form (which is why the old petrol mild hybrid model carries on). And that's part of the reason development of this MK3 model has been so lengthy. Fiat wanted to wait for battery technology to mature a bit before launching this car - and that's paid off, allowing the brand to engineer in a much longer EV driving range than close rivals, the MINI Electric and the Honda e. "It doesn't feel time to be timid", says Fiat boss Oliver Francois. "This car isn't just for now, it's for the next decade. So it's built new from the ground up and it's all-electric and only electric from day one". But the exterior look is very recognisable, as is the hatch and convertible body style choice.

There are two battery options available in New 500, but we'd suggest you try and ignore the smaller 23.8kWh unit fitted to the base fixed-top 'Action'-spec model, unless you really are urban-based. This uses a smaller 70kW (93hp) electric motor and restricts you to a WLTP-rated driving range of just 115 miles. Much better to stretch to the 42kWh battery pack that's mated to an 87kW (118hp) motor and is fitted across the rest of the range, including all cabriolet variants. This is good for 186-199 miles and takes half a second off the 0-62mph time (trimming it to 9 seconds). Like all EV's, this one feels even quicker off the mark than that figure suggests (30mph can be reached from rest in just 3.1s), though Fiat has tried to make power delivery quite linear so that you don't use up all your battery charge at once. Maximum speed is restricted though - to just 93mph in the 42kWh model - or 84mph in the 23.8kWh version. Various types of automated driving technology are available, including adaptive cruise control, lane keeping assist and intelligent speed limit assist. Various drive modes are available that will enable you to maximise your driving range. There are three settings - 'Normal', 'Range' and the curiously named 'Sherpa', with the last of these being focused on getting the maximum from the battery, including a navigation program that will limit maximum speed to 50mph and restrict acceleration. The 'Range' mode maximises brake regeneration, meaning that you'll normally only have to drive with one pedal, so great will be the deceleration when you lift off the throttle. But most of the time, you'll be leaving in this car in its 'Normal' setting, in which form it won't require too much acclimatisation over a conventionally-engined supermini.

Don't be deceived by the familiar looks; everything is new here - including the fresh architecture that this car sits upon. That's allowed for a subtle increase in size, both fixed-top and convertible versions of this third generation model being 3.36m long and 1.69m wide, an increase of 6cm in both length and width. The 1.53m height means it's 4cm taller too. Fiat has deliberately made exterior look an evolution of this car's predecessor - specifically in the light and bumper designs. Look more closely though and you'll spot sharper lines and flush door handles, plus the adoption of full-LED headlights. For existing owners, much less will be recognisable inside, where the dashboard is much wider and now topped by a big 10.25-inch touchscreen housing the brand's latest U connect 5 media system. This can deliver navigation, a Wi-Fi hotspot and Apple CarPlay. Out back, the 2cm wheelbase increase means that things aren't quite as cramped as before: indeed, Fiat markets the drop-top version of this car (which retains folding fabric sunroof-style top) as 'the world's first 4-seat convertible EV'. The company also reckons that the floor-mounted battery pack won't reduce luggage capacity.

As usual with EVs, we'll quote prices after deduction of the usual government Plug-in car Grant (£3,000). The fixed-top model range starts with base 'Action' trim, priced from around £20,000 - but that only gets you the restricted 23.8kWh battery. Ideally, you'd want this car with the gutsier 42kWh battery pack fitted to the rest of the range, which means prices starting from around £23,500. With that bigger battery, you choose between plusher 'Passion', 'Icon' and 'La Prima' trim levels that also apply to the 500 cabriolet model (which commands a premium over the fixed-top of around £2,500). One nice little touch across the line-up is that the legally required low-speed acoustic warning sound that warns pedestrians of your approach in town is taken from the musician Nina Rota's score for the film 'Amacord'. Fiat wanted this acoustic warning sound to play like a melody, like the ring tones of your phone. Across the range, you get the brand's latest 'U connect 5' 10.25-inch centre-dash infotainment screen, which is fully connected and based on the Android operating system. It includes Apple CarPlay and Android Auto smartphone-mirroring. The 'La Prima' launch-spec model comes with a panoramic glass roof, full-LED headlights, 17-inch diamond-cut wheels and chrome-plated side panel inserts. It will be offered with three exclusive paint shades. Inside, there's eco-leather upholstery for the dashboard and the seats. Safety kit includes big car-style features like autonomous emergency braking, blind spot monitoring and a 360-degree parking assist system. As an option, Fiat is offering an intelligent adaptive cruise control system, which combines automatic lane keeping and a feature that will keep you a predefined distance from the vehicle ahead.

In volume 42kWh form, the new 500 features an 85kW rapid charging system that can recharge the battery from empty to 80% capacity in just 35 minutes and can provide the car with 31 miles of driving range in just 5 minutes. Buyers can also get a Fiat-branded wall charging box that offers 3kW charging and apparently doesn't need to be professionally installed. This wallbox can be upgraded to allow for 7.4kW charging at home. That 7.4kW wall box allows you to fully charge this electric 500 in just over 6 hours. The car also comes with a mode 3 cable for charging at up to 11kW from a public charging point. It can be charged via AC or DC power points. The important driving range figure for the 42kWh model is quoted at 186-199 miles on the WLTP cycle - which is close to the 211 mile EV driving figure you'll get from an EV supermini in the next class up, like a Peugeot e-208 or a Vauxhall Corsa-e. The lesser 23.8kWh New 500 EV variant (which uses a 50kW fast charging system) has a driving range of 115 miles - close to the 144 mile figure claimed by the MINI Electric (which only comes with a 29kWh battery pack). As usual with a Fiat, this car is covered by a three-year, unlimited mileage warranty and there's 36 months of breakdown cover included as well. Should you have a problem on a journey, you can use the 'Uconnect' infotainment system to contact roadside assistance and the same set-up can also be used to book routine services too.

In the past, Fiat 500 buyers have shown a desire to spend plenty on cars from this model line - which is just as well because they'll have to spend plenty to enter the era of 'New 500'. Looking at the list figures, you can see why it was so vital that the old model should continue as a more affordable option - a stepping stone to this new design So is this new EV-era 500 worth aspiring to? We think many loyal (mainly female) buyers will think so. It's just as stylish as its MINI Electric and Honda e rivals and set a new high bar in terms of driving range for a tiny EV that embarrasses both of them. Which goes some way to justifying a high price that hopefully will become more accessible as the range broadens. This is no longer the cheap Peoples' Car it once was. But without doubt, it retains the spirit of the original.